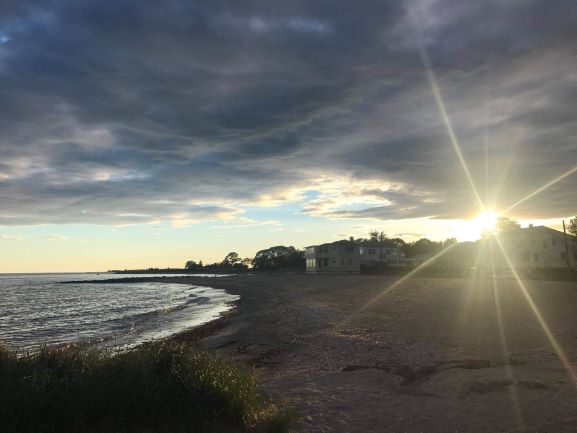 It’s played in slow motion, like watching a movie on the big screen. The finest of details, eternally etched in my mind. The warmth of a spring day, the bright sun and the trees finally awakening. The song that had been playing earlier, the conversations that were had, the lunch that would never be finished. May 30, 2017 – forever the day that would separate my life into the before and after.

Her name came across my phone screen… Jill…Miracle. It didn’t seem odd for her to be calling. She owned the sober living where he once lived, Miracle Sober Living. It was the way I had entered her contact into my phone. I was always praying for a miracle. He was moving to a new apartment, so I assumed she had been called as a reference. My cheerful greeting alerted her to my ignorance. Her words, “Oh my God, you don’t know,” and the two simple words that followed will forever ring in my ears.

The words caused confusion, but panic had yet to set in. I interpreted gone as didn’t show up, left town or maybe decided to flee. But gone from this life, how could that be? Up until now, the world had been right. As I crumpled on the staircase, people moved swiftly into action.

My text to him was simple: “Tim.” It was all I could manage to type. I was frozen in time as I waited for his reply. The green bubble told me everything I need to know.  His phone had no life, and neither did he.

I floated through the days that followed. Shock is a beautiful thing. It’s the cushion that softens the blow. It’s impossible to feel the enormity of that pain all at once. Child loss is indescribable pain. There are no descriptors for parents who have lost a child. It’s simply unnatural. Slowly, as time passes, the layers begin to peel back and the hurt seeps in a little at a time. It comes in waves, at times fully crashing overhead, threatening to pull you under. Other times it just laps gently, letting you know it’s there, constant and unrelenting.

We barely noticed the frost on the windows. The chill in the air was cut by the excitement and angst. Granted the comfort of a good night’s sleep, we were fortunate to be prepared. We knew it would be a long time before we slept this peacefully again. The night before, the 49ers had won the Super Bowl, and we were prepared to win the lottery. The calm of the morning, the smiles and banter of the hospital staff. The music piped into the OR. It all created such a beautiful setting for a birth.

And then, there you were… all 8 pounds and 13 ounces. After your initial cries to let us know you had arrived, you settled quickly. I can still see your face, alert and peaceful. Blinking as you were trying to get clarity. Welcome, beautiful boy.

A seemingly perfect entry. Ten fingers and ten toes, and a perfect Apgar score. So many people were overjoyed and simply delighted to welcome you into this world.

Over time, we started to learn about hidden disabilities. The ones that led people to assume you were fine, thinking that you didn’t look all that out of the ordinary.

These are some of the most challenging disabilities, because the individual has expectations placed upon them simply because they appear to function in a typical manner.  In his later years of adolescence, experimentation with drugs and alcohol added an additional layer to an already complex profile. Tim’s experimentation led to substance use disorder and a lack of resources made it increasingly difficult to find the care that was needed.

Throughout Tim’s journey, he was not the only one in desperate need of support. Addiction is a family disease, and the lack of quality care for the entire family left us feeling like we were an island. And still, we loved. We loved one another and we loved Tim with all of our hearts.

Since Tim’s passing, I have struggled with what to do with all of this love. In speaking with others who have lost children, we remind one another that our children lived and they loved. Their lives have ended but our love, like the pain, is endless. We long to speak their name, tell their story, share the details. It’s all we have left. They don’t have a future, so we are forced to live in the past. But the past can be a gift; as we step away from what was, we are offered a window through which to move forward.

Through The Tim Buckley Project, we hope to provide compassionate care to families who need support. We believe in families first and that a loved one’s mental health is just as important as their physical health. When families are cared for, our loved ones have the best chance for positive outcomes.